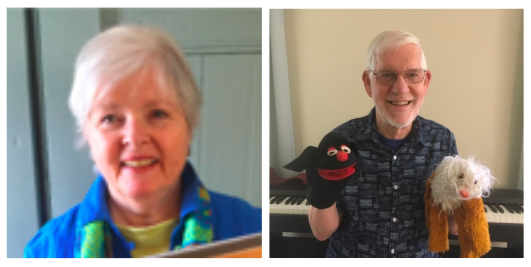 It is with immense gratitude that WindowDressers announces Dianne Smith’s retirement as WindowDressers Board President after three years of service in that role. In addition to her board service, Dianne has been on the ground as a volunteer since the early days of WindowDressers, and helped develop the first Community Workshop. Dianne took an important leadership role when WindowDressers first began evolving from one church’s insulating project to the Community Workshop model we have today.

The UU Church in Belfast sponsored the very first workshop in 2012 and the next year WindowDressers approached four local churches in order to expand the project. Dianne and her husband Ray responded from St. Francis Church and became active members of the steering committee that ran the 2013 workshop in the Belfast Boathouse.  In 2014 they organized the first Searsport workshop and have been its local coordinators ever since. Dianne has also been active with Catholic Charities, and has been instrumental in securing financial support through her parish to provide window inserts for low income families.

WindowDressers is pleased to welcome Sam Saltonstall to the position of board president. Sam Saltonstall taught school for 40 years before retiring to Maine.  He learned about the new insulating window insert effort in Rockland back in 2011. At the time, Sam was an energy efficiency volunteer with the Island Institute on Peaks Island and a board member of Maine Interfaith Power & Light.  Sam was intrigued with the idea of getting faith groups around the state involved with building window inserts, and in 2012 he organized the first Community Workshop on Peaks at Brackett Memorial UMC, which continues to this day.

Concerned about our changing climate, Sam collaborated with the Island Institute to help organize the weatherization of 108 homes on Peaks, and was one of five islanders selected to travel to Samsø Island in Denmark to learn about the many renewable energy projects there.  On his return he initiated a heat pump purchasing program on the Island which resulted in the installation of over 60 of them, sold 1100 LED light bulbs to Islanders, and with grant funding led an effort to air seal the leaky island school and successfully persuade the City of Portland to replace the school’s hungry oil-fired heating system.

A Board member of WindowDressers since 2013, Sam moved off the Island in 2016, but continued his window insert volunteering on the Midcoast, and as a mentor to new workshops elsewhere in the state.

With the hiring this summer of Laura Seaton to be WindowDressers’ first Executive Director, Sam planned the spring Board retreat, leading the effort to redefine the role of the Board under this new leadership model, and spearheaded the creation of the just-adopted strategic plan.  His hand puppets, Bitey and Fud, have become “regulars” in WindowDressers’ quarterly newsletter.

Sam and his wife Linda of 51 years make their home in Brunswick, where he volunteers for Citizens’ Climate Lobby and regularly visits Midcoast Hospital to play his portable keyboard for recovering patients.  He loves his garden and loves even more to visit his three grandchildren in Washington State as often as he can.